As discussed in my previous, hilariously titled post Manchester Markets Mega M’weekend, I’m going to be taking Northern Letters to a lot more Manchester Markets (and beyond) this year. So last weekend I started as I mean to go on – with two markets in as many days. The new weekly Saturday Levy Market and the ever popular Sunday Atrincham Market.

On Friday night with the aid of my fold away trolley and a number of trips up and down the steep and narrow stairs of my Chorlton terrace, I transformed my ‘stock room in the loft’ into a ‘stock room in the back of the car’ ready for the morning. Getting up in plenty of time to fill my newly acquired flask (I was feeling rather left out as a market trader without one) with strong black coffee, I checked my ‘bag of bits’ (let’s call him Bob) was complete with tape, scissors, float and other stuff I’d forgotten to pack the night before, chucked him in the boot and headed for Levenshulme…

And I thought socks were just for wearing and losing in washing machines! Apparently not, they make cute things too!

Lush Brownies were true to their name and disappeared very quickly…

Not that i’m a fan of puns or anything, but my Levy neighbour had one of the best names I’ve seen in a long time!

Today’s provider of my lunch was Northwest Game

Canvasses, prints, mugs and playing cards – what more could you want?

A handily placed stack of crates that I filled with stuff…

The cushions aren’t just there to pad out the stall you know, they make great personalised gifts

James Sharp and his unique journals

One of my favourite recent purchases, my lovely letters board!

Some of our new framed prints, almost 50 different designs available!

Levy Market has now grown from a monthly market to a weekly event with each having a different theme. This week it was Handmade & Home, so there was an abundance of creativity and artisticness (new word!), and even another stall selling letter based art (it’ll never catch on!). Despite the in parts downright miserable weather, there were plenty of shoppers keen to support their local market, and so they should! It was a most enjoyable day and I shall definitely be back!

Thanks to the keen fit types taking part in the Manchester Marathon on Sunday, Altrincham Market was a delightful extra early start, with all of us bleary eyed stall holders having to be unpacked before 8am (apparently there are actually two 8 o’clocks on a Sunday for those of who have never noticed the earlier one!). Despite this however my first impressions were good with excellent stall structures that even had plenty of under table storage where I could stash Bob and my extra stock! Once I’d found exciting new ways to arrange wooden crates and hooks, my stall was all ready to go. Although the marathon had promised great crowds to the streets of Altrincham (it being the exact halfway point fact fans) I think the road closures and apparent overnight precipitation of cones (that I haven’t seen in such quantities since I visited the great Mr Whippy convention of ’04) had put a few of the town’s regular Sunday shoppers off. Those that did battle through the motorway maintenance accessory showroom that the local roads became for a day however, were treated to great live music, food and many creative designers, makers and sellers.

My rather fancy dual aspect stall! Well you could see two sides of it anyway!

Putting a roof on a market is possibly one of the best ideas ever!

My attempt at some creative photography, I particularly like the way I captured the light in this one…

The brilliant Little Rach with her musical iPhone care warning that everyone should heed!

Pretty Eclectic summed up the market with their mixed up name…

Hay bales and guitars? This must be Cheshire

Some day your prints will come, but in the meantime why not buy a Northern Letters one?

Pop Up Tokyo and the Font Archive

Look, there was even some sunshine….

Elsewhere in Manchester at the same time as I was losing my Levy and Alty Market virginity, the exciting new Old Granada Studios Markets had their opening weekend which by all accounts was a majorly well attended success! Well here’s to the second weekend being a similarly busy affair as that’s where you’ll find me, Bob and the full Northern Letters range this Sunday 13th April….. see you there!

Don’t forget you can keep up to date with where Northern Letters will be popping up next on our events page.

Matt is the creator of Northern Letters, a concept he came up with shortly after moving to Manchester many years ago! As well as graphic design and website work, he also works in the exciting world of TV at MediaCity.
View all posts by Matt → 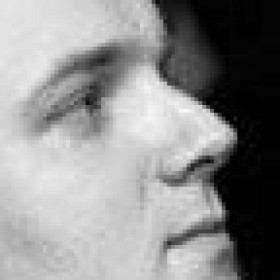 2 Responses to “My Crate Weekend of Manchester Markets…”

Subscribe to our profiles on the following social networks.